Hey there, As we know that nowadays games attract this generation too much. Also, we know that Pubg is one of the most favourite Mobile games in the world.

PUBG Unknown’s Battleground that game was originally on the laptop and also in smartphones is now increasing in the field of e-sports.

Lots of gamers love this battle game, and also YouTuber makes online streaming. Many times players face issues while changing the name So here I’m going to tell you how to change the name in a pubg mobile game?

PlayerUnknown’s battlegrounds (PUBG) were developed and published by PUBG corporation in 2017 on December 20. The founder’s name of this game is Brendan Greene, and it was a top search for Game lovers.

PUBG can be Easley play in Mobile, PC, PlayStation, etc. So guys in this Article I will not be going to discuss PUBG Mobile game But more methods on How to change Name in PUBG mobile without ID card, So let’s start to the post.

Contents hide
1 How to Change Your Name In Pubg Mobile
1.1 Follow these steps to change the name in pubg:-

How to Change Your Name In Pubg Mobile

Before, you want to change your name in Pubg the player must have to collect the item called Rename Card. If you guys have any doubt like how to look pubg Rename card so don’t worry about it.

I told you in this card have a symbol as a card with a printed ID on it. The ID card can be easily obtained from the shop in the Treasure section. 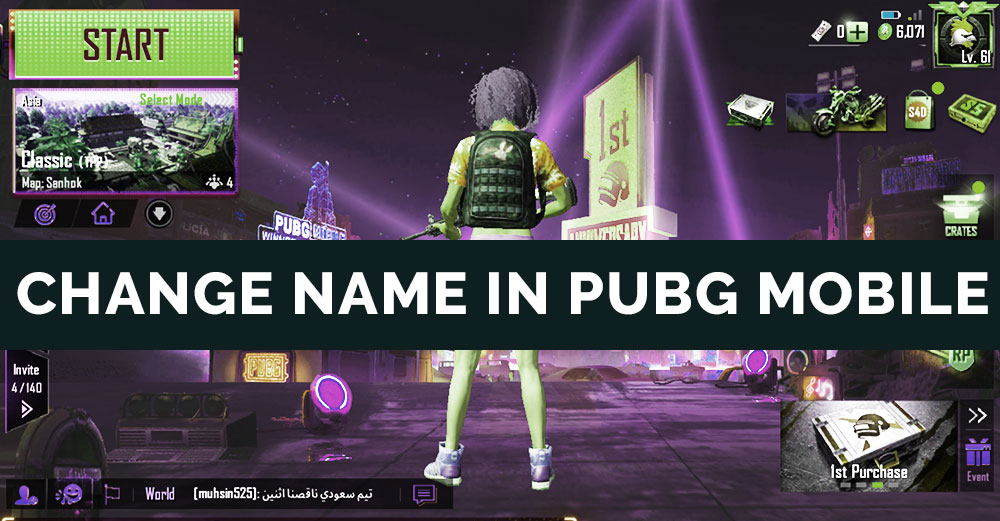 For the purchasing ID, card player has to spend real money because they have to buy 180UC cash through which player can easily Get ID Card.

So guys, after purchasing the Rename card player can change our nickname by using the card. Now I hope you have a rename id card so let’s know How to solve this original problem? To see this issue, you have to read this article carefully.

Follow these steps to change the name in pubg:-

So guys with the above information pubg player can easily change their name as they want so How it’s easy, How to change the name in pubg mobile?

Have the good luck to play with New unique Pubg nickname in this Article we mentioned some important method to change the name in Players Unknown BattleGrounds. Thank You